Warning: Use of undefined constant picon_action - assumed 'picon_action' (this will throw an Error in a future version of PHP) in /homepages/5/d168817096/htdocs/10kayear.com/wp-content/plugins/personal-favicon/personal-favicon.php on line 116
 10K Invested in Apple 10 Years Ago... - 10KaYear
You are here: Home / Investing / 10K Invested in Apple 10 Years Ago…
0 Flares Twitter 0 Facebook 0 0 Flares × 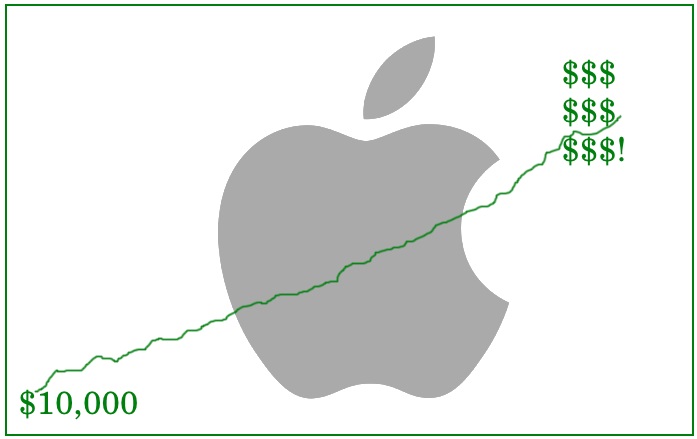 Apple has had a pretty good week, with their earnings announcement and the delivery of the Apple Watch both exciting investors. Time to look back…and play the “What If?” game.

It’s never THAT simple, right? I mean, you’ll hear those maxims about “invest $100 a month in a bond fund when you’re 25 and by your 65th birthday you’ll be a millionaire*” and, if you’re me, you think “did anyone actually do just that?” Well, we’re going to look back, because hindsight is 20/20 and ask what would have happened…So what if you had invested 10K in Apple 10 Years Ago?

*Caveat: I made that up. There are theories about putting money away early and becoming a millionaire with little work thanks to compounding interest, but I’m not talking about those today.

This is also a teaser to something we’ll discuss later this week: my personal “What If?” stock pick, which won’t surprise anyone, is a tech stock, but has the potential, IMHO, to outperform Apple’s last ten years over the next ten years.

Let’s go to the screenshot from Google Finance to get us started. 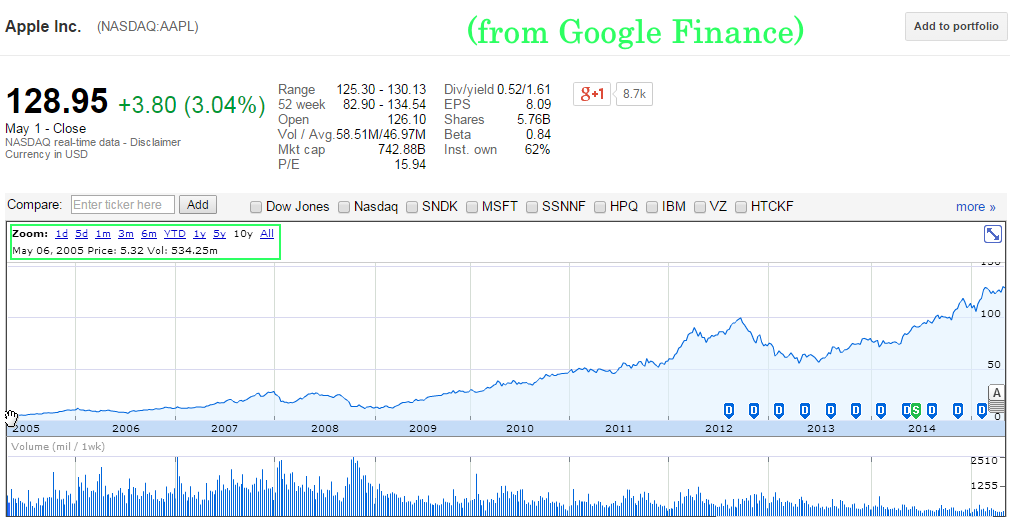 What’s more, had you just put the dividend checks in the bank, you would have another $9,006.14 – almost recouping your original $10,000 investment.